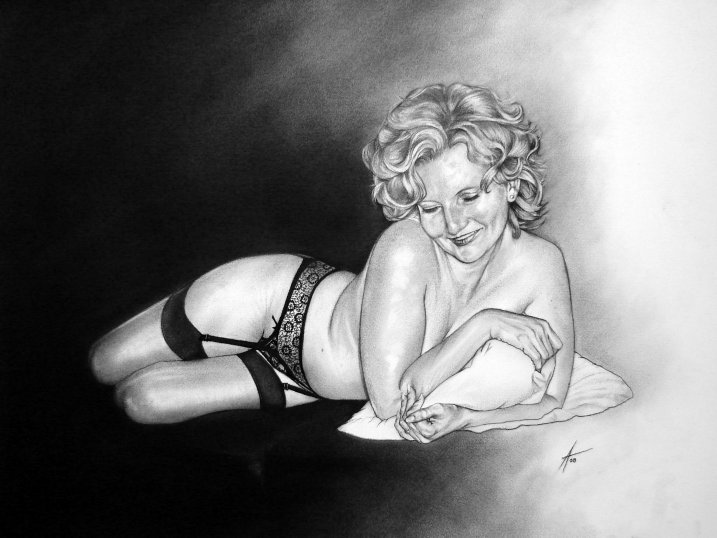 This piece was made in exchange for a painting by the artist friend of the model. I don’t own the piece we exchanged and neither does my artist friend. We bequeathed them to respective recipients. He painted a small close up oil portrait of my then nearly 2 year old son which his mum has up on the wall. I do a lot of trading. Some of the best work I’ve done has been free for me or in exchange for some value that has served me and the recipient of the work equally. In many cases the recipients of the work have felt indebted which is better than feeling they hadn’t been recompensed fairly.
Private commissions and fair trades are just as welcome.
#charcoal #charcoaldrawing #boudoir #beauty #somethingboudoir #drawing #femme #female #figure #love #figurative #portrait #portraitdrawing #portraiture #artist #art #artwork #artoninstagram